Pizza –the favourite food in the UK and the World

Pizza is undoubtedly one of the most favourite food in the world and in the UK. When an average Brit can munch through approximately 6,000 slices of pizza in a lifetime, we can safely say that it is one of their favourite food. 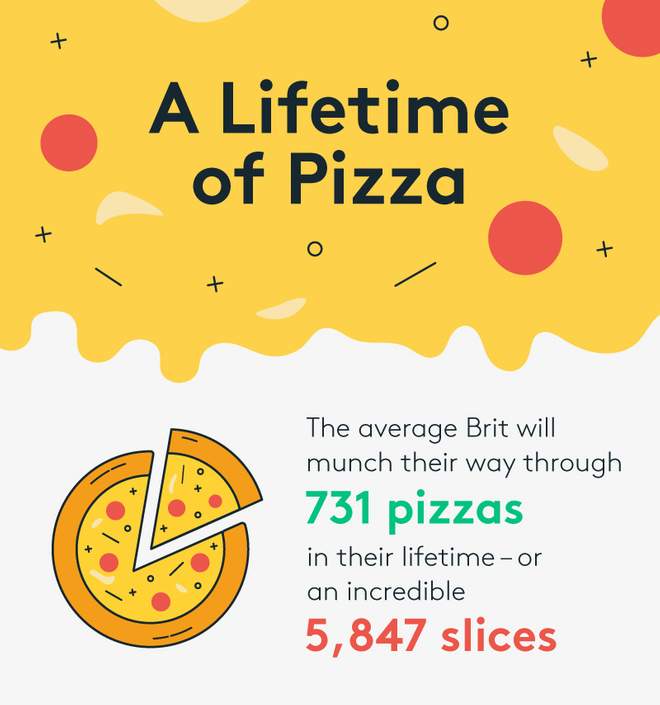 Here is another interesting statistic which shows how much Brits love their pizza. 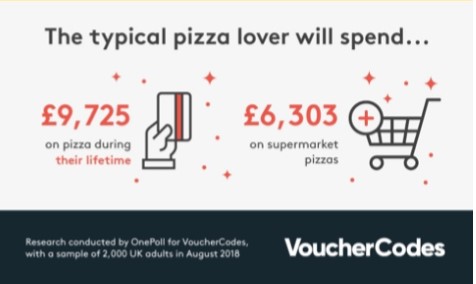 Of course, we have a rough idea of the origin of pizza, somewhere in Italy and a few who are into history would say Naples. Have you considered how this food evolved to become one of the most favourite food in the world?

Here is a rundown of some fun facts.

Who thought of pizza?!

Legend has it that pizza started in its current form in Naples with a dedication to Queen Margherita in 1889 when Raffaele Esposito created a pizza with tomatoes, mozzarella and basil.

But pizza as a pie with toppings on it started even earlier than that. According to pizza purists, there are only two types of pizza – marinara and margherita. These are also the two preferred by Italians now. Interestingly marinara is the older of the two and is named so because it was traditionally the food prepared by “la marinara”, the seaman’s wife, for her seafaring husband when he returned from fishing trips in the Bay of Naples.

But it even goes before that. Aeneas from the popular poem Aeneld written by Virgil in 19 BC Italy, seems to have had a modest meal with his crew under a tree, using “thin wheaten cakes as platters for their meal”. They then scattered mushrooms and herbs and ate them all including the plate. This is probably the first version of pizza ever to be had!

In the late 18th century, before Queen Margherita gave her seal of approval and relished the now famous Margherita pizza, it was an inexpensive food for “lazzaroni”  in the streets of Naples.  Lazzaroni was a term used to describe people in prosperous Naples, who were ragged in appearance due to their poverty and who scraped a living as porters, messengers or casual labourer's. They needed food that was cheap and easy to eat, and pizza being sold on the streets met this need perfectly.

It was only when Queen Margherita relished the pizza topped with tomatoes, mozzarella and basil, did the status of this humble food rise from being the food of the poor to that of something royals enjoyed. 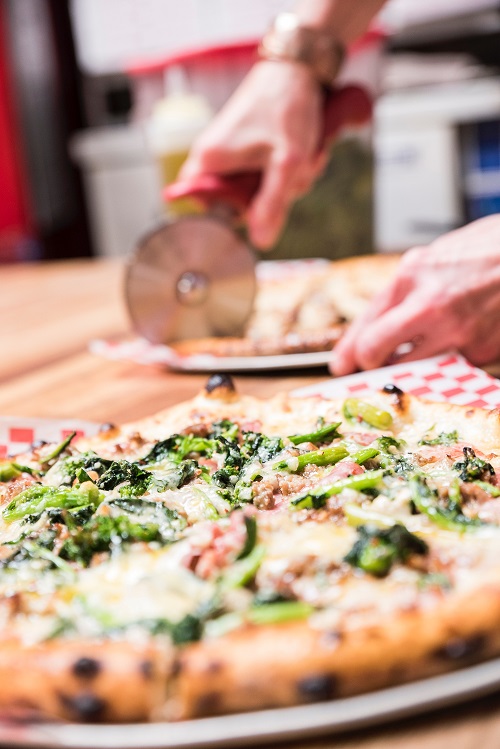 Pizza’s march to the west and America

Pizza was slow to spread out of Naples and to the rest of Italy, though due to demand and especially after the war demand for pizza grew. This prompted restaurants all over Italy to sell pizza and soon it gained the status of being the national dish of Italy.

However, pizza became an international sensation mainly due to its popularity in America. In the late 19th century several Italian immigrants had reached the East Coast of America and they brought their food with them. In 1905, the first pizzeria called Lombardi’s opened in New York City and soon it spread all over the country. Because pizza can be so easily customized, different versions of pizza were sold depending on the local taste.

There are so many different types of pizza today that it is probably the reason pizza has emerged as one of the most loved foods.

Of course, the standard Napolitan pizza’s - marinara and margherita can be bought anywhere. The Chicago style pizza is the thick crust pizza unlike the Napolitan which is thin crusted. The Chicago pizza also has the layers reversed with mozzarella cheese close to the base topped with vegetables and then covered with tomato sauce. The New York style pizza which is commonly eaten in America is like the Napolitan with a thin crust but slightly thicker so it can be folded and eaten. This is so that no cutlery is required! Then there is the gourmet California style pizza with exotic toppings and Sicilian style pizza with thick crust topped with bread crumbs. You can even get a vegan version, in fact, a vegan pizza won The National Pizza Awards in 2018 in the UK!

Truly the pizza is the gateway to creativity with its myriad toppings and endless scope for a flavoursome meal.