Five Controversial Restaurateurs - Personality or they went too far? 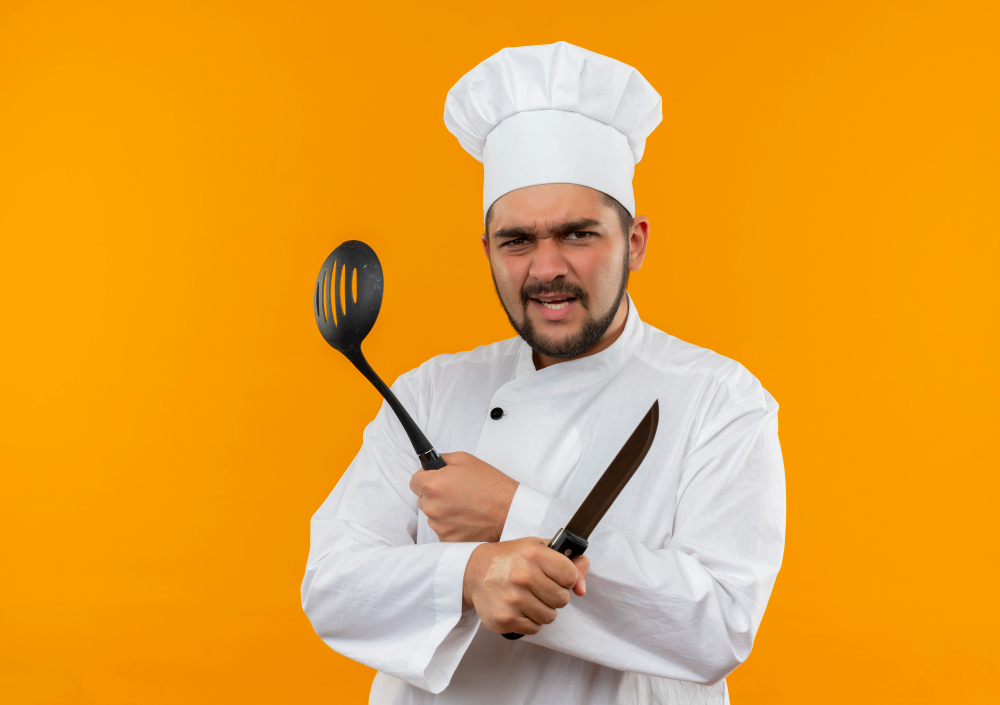 Restaurants are a broad church, aren't they? With so much variation from specialists cuisines to rural or urban locations, small or large, there's is something for everyone. Itg is why the UK is a nation of foodies who just love booking their favourite table at their favourite restaurant time after time.

But is it all about the food and the setting? Of course not, because the restaurant itself will always be infused with the personality of its owner, founder or manager. Every little bit of the menu, the décor, and the way a restaurant is run is a reflection of the proprietor's personality, way of thinking and, in some cases, idiosyncrasies.

We think that's great, because take those elements away and you're left with a formulaic eatery of the type run by some of the national chains (which is fine by the way, we have nothing against formulaic national chains. There is a place for everything in our world!).

Sometimes, however, owners can go a little too far in expressing their personality. The owner of the UK's The Kitchen at London House, for example, recently caused a social media storm by withdrawing vegan dishes from the menu and subsequently posting a brutally honest justification to the inevitable backlash.

"You have chosen your lifestyle, it’s not a medical condition that you’ve been forced to endure through no fault of your own," the restaurateur said. "Your choice does not fit with our style of cooking. We respect your choice, and expect that you respect ours."  He went on to cite “nasty” customers with a “"holier-than-thou" attitude.

Brave, honest, courting publicity or ill-advised? We're not sure (or, at least, we're not saying). But during one of our water-cooler moments at Favouritetable restaurant software's HQ we got thinking about other restaurants and their owners who have caused more than the occasional stir.

High profile chef, television star and writer Anthony Bourdain is never afraid to speak his mind, even if it causes a great deal of controversy. As with Ryanair boss Michael O'Leary, Bourdain certainly raises eyebrows among the F&B community with his brutally forthright views.

He famously said during an interview that he would poison then President Trump and Kim Jong-un if he was cooking for them before using a colourful expletive to describe the president of North Korea. He also once warned customers not to order fish on Mondays as it “wouldn't be fresh”.

One of Belgium's moist famous chefs is Karen Keygnaert, who held the accolade of being the country's only Michelin-starred female chef with her restaurant Restaurant A’Qi in Flanders.

Unusually, however, despite holding the coveted gong for five years, she'd had enough of the extreme scrutiny required to retain it and decided to give it back. Calling life under Michelin a curse and labelling the organisation itself outdated, Keygnaert closed Restaurant A’Qi and opened Cantine Copine instead, opting to leave Michelin well alone.

Speaking of Michelin-starred chefs, British restaurateur Marco Pierre White's antics have brought him a fair degree of attention, too. For a chef who held three stars and trained under Albert and Michel Roux, he isn't afraid to speak his mind or let his actions do the talking.

Sending more than fifty would-be eaters away from one of his restaurant's certainly gained column inches at the time while dividing opinion. Likewise, he once told a national newspaper that in response to a diner's complaint about the dining room's temperature being too hot, he slashed the customer's jacket with a knife in order to improve air flow.

Ex-anti-drugs counsellor Drummer is something of an enigma in the food & beverage world, because despite being a hugely capable chef and business woman, her company Elevation VIP Cooperative has chosen to focus on dishes containing cannabis.

Describing herself as a “born-again” chef, Drummer says the dishes she produces at her Los Angeles premises are full of flavour, use locally sourced medicinal marijuana, are organic, seasonal and contain healing qualities. Her mission is to “change the perception of cannabis from being a gateway drug to something akin to aloe”.

Michel Roux and his brother Albert Roux are no strangers to international acclaim, owning and running their multiple Michelin-starred restaurants The Waterside Inn and Le Gavroche restaurants here in the UK.

Michel, however, was branded as being behind the times and out of date when he announced a ban on photograph-taking within any of his establishments. Social media commentators – and even some famous chefs – were quick to lambast Roux for not recognising the photograph-taking culture popularised by current generations and alienating millennials. His response didn't help his cause when he said “what are they doing? Maybe once during the meal you want to take a little photo of something because it's unusual, but what about the flavours?”.

So, there you have some of our favourite anecdotes about controversial restaurateurs or chefs. We're not saying we agree or disagree with any of them, but we do think that a bit of personality certainly adds to the flavour of the restaurant experience.

Sign up to Favouritetable by 1st September and get your first month free.

Favouritetable is restaurant management software which includes a range of tools to enhance value, from beautifully crafted online booking through to personalised guest communications.