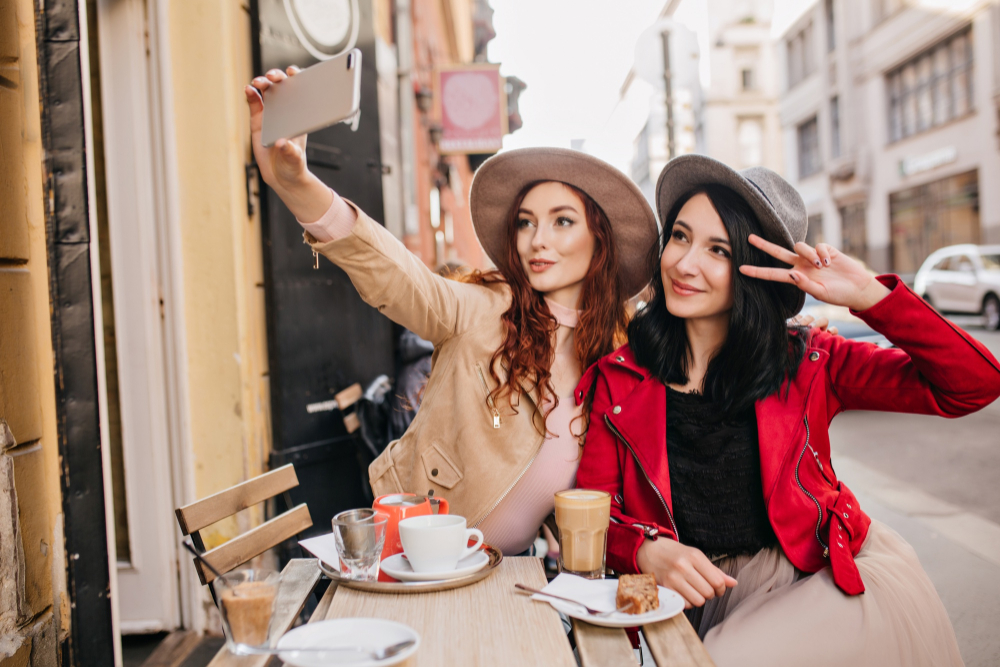 It has been a topsy-turvy couple of years for restaurants as the pandemic has bitten deep and deprived many of inbound tourists eager to try British cuisine. According to VisitBritain, the numbers of visitors from overseas in 2022 will be circa 24m, a reduction of 59% on pre-Covid levels. Similarly spending will be reduced by around 67% to £19.2B.

Clearly, 2022 will be a challenging year for restaurants. But is it all doom and gloom? We don’t think so – there is still an opportunity to cater for the unique requirements of visitors. Although it is difficult to predict from where the majority of incoming tourists will originate in 2022, the USA, China, France, Germany, Spain and Australia all topped the charts in 2019. Assuming the same pattern, we can expect tourists from those countries seeking fantastic dining experiences this year (restrictions permitting).

For this short blog, we’ve scoured the internet for snippets about the dining habits and preferences of those nations, so that UK restaurants can prepare for what we hope will be an influx of tourist diners later in the year.

Our stateside friends are known for eating quickly, preferring to use the restaurant as a dining occasion than a primarily social one. They don’t tend to linger, so service will need to be attentive and fast, with guests arriving bang on time.

The Chinese do like to share, so will feel comfortable with a selection of shared plates. Further, the shape of the guests’ table plays a big part – square tables for large groups and round tables for smaller gatherings.

Chinese diners, particularly the younger generations, are prodigious users of social media and do like to share their experiences with their peers. According to a recent survey of Chinese tourists, 92% of respondents said they wanted to try local dishes when traveling. They like to try new cuisines and will take photographs of their choices for their friends back home to see.

When trying to produce Chinese-style dishes to impress visitors, some thought is needed around appropriate ingredients and cooking styles. The most popular foods in China range from dumplings, street kebabs and spicy crayfish to lamb hot pot and Guilin Rice Noodles.

The French will normally expect a salad starter, meat mains followed by a cheese course and, finally, the dessert and coffee.  Cheeses are served with their rind on (and eaten) and bread should be used to assist food onto the fork (and not eaten before the meal). Wine will always be topped up and is likely to be white or rose to accompany the starter and red to go with the meat.

When it comes to paying, the French remove one headache experienced by restaurateurs: there’s no bill-splitting because one person will normally pay for everything.

Despite the image of French diners eating nothing but snails, frogs’ legs, sea urchin, foie gras and steak tartare, the reality across the channel is a burgeoning interest in British food particularly among the younger generations seeking new experiences.

Stilton and cheddar, Scotch whisky, grouse (not the “famous” kind), real ale, Scottish beef and Scottish langoustines are believed to be as good as their French equivalents and enthusiastically consumed. It is also interesting to note that, according to a BBC report, Marks and Spencer's on the Champs Elysees sells more chicken tikka masala than any branch in the UK and the fifth highest number of BLT sandwiches. Food for thought?

Germans avoid eating with their hands, so finger food is out and restaurants should factor-in an ample supply of cutlery (including fish knives). Sparkling mineral water (from a bottle) is also the norm.

Diners in Germany are used to courses arriving when they are ready, rather than all at once so this, for once, may take some pressure off the kitchen brigade and service staff (although it practice this style of service does need managing carefully).

Restaurants trying to decide what to serve their German diners may take note of firm favourites such as Spätzle pasta served as a side to meat dishes; Schnitzel; fried or boiled pasta parcels stuffed with vegetables or minced meat called Maultaschen; Fischbrötchen – sandwiches of rollmop herring or salmon together with onions, pickles, remoulade and horseradish sauce. Finally there is Schweinsbraten, a salted roast pork dish served with side dishes like Stöcklkraut (roasted cabbage) and Knödel (dumplings).

Spaniards tend to eat late Eat late, so expect meals to start after 9pm and continue way past normal closing hours.  Interestingly, one theory for this is Spain’s time zone, which some say really should be GMT due to its longitude, but is in fact CET. Being 60 minutes behind the “correct” time zone means the sun rises later and sets later, bestowing Spain with gloriously long summer evenings and 10pm sunsets.

Restaurants wishing to appeal to Spanish diners may need to increase their stocks of consumables, as one quirk of their dining habits is the throwing of things on the floor. Napkins, olive pits, cheese rind, chorizo casings and even snail shells routinely end up there! The more detritus, the more enjoyable has been the meal.

Service staff will need to understand the various hand gestures used by Spanish diners to attract their attention, the most common of which is a sort of “writing in the air” to indicate that it is time to bring the bill. On that note, delivering the bill before it has been requested is seen as extremely rude.

Favourite dishes in Spain include Gazpacho (tomatoes, olive oil, garlic, bread, peppers and cucumber); paella in a number of forms including with chicken or rabbit, saffron, runner beans, butter beans and of course rice; Spanish omelette (“Tortilla Española” with potatoes and onions); “Gambas al ajillo” (fried sliced garlic and green chilli in olive oil with prawns and parsley) and for a snack, “Tostas de tomate y jamón” (Ibérico ham, thick pieces of toast with garlic and tomato, olive oil and top with slices of jamón).

Our friends in Australia have a pretty laid-back approach to dining, with restaurant waiting staff acting more like your friend than a formal server. Sharing dishes is very common with the entrée coming first (and, by the way, salad is served with the main course and not as an entrée). Then comes the main course and dessert. The routine of tasting wine before it is served is seen as rather frivolous and a little pompous, and presenting the bill before it’s requested is deemed rude.

As for Australians’ food preferences, meat dishes feature highly and they favour tomato sauces over gravy. Meat tends to be well done rather than on the rare side. It is worth noting that Australian food is generally less sweet than in the UK, so restaurants shouldn’t over-do the sugar in desserts.

Clearly it is impossible to summarise the dining habits and preferences of entire nations in one blog and we certainly haven’t intentionally “typecast” our visiting friends mentioned here. There will be enormous variations across the globe and some surprises, too! But we hope that the information above might prove useful for restaurants hoping to align their menus, ingredients and service models with specific tourist groups, should travel restrictions ease in 2022.